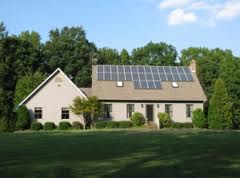 There has been a paradigm shift over the last few years in green home remodeling activities. With improved governmental incentives and industry progress, the green economy is increasing its stake in the global scenario.

One area that has gained popularity in the rising trend among the general populace is that of energy monitoring and automation systems.

However, when homeowners questions over the energy aspect of the devices, few actually know how the systems are promoting energy efficiency. This implies a need to educate homeowners on the domain.

There are two aspects of efficient usage of automation devices.  The first one is the number of ‘green’ devices available in the household, and the second is utilization of the devices to make an intelligent decision.

The first part deals with prioritization of green items required in a single home. There are several different opinions, with some highlighting need for low cost lighting while others specifying roof insulations and solar panels.

But the priority should be ‘remodel items’ that require less cost to begin with. Many homeowners aren’t aware low flow toilets offer effective energy conservation. Water wastage is one of the major sources of increasing energy consumption and is normally not monitored by the automation systems.

Starting with such an option not only reduces the utility bill expenses, but also leads to a reduction in net energy consumed.

Other choices to include in the initiative are LED bulbs, windows with insulation, rain water capturing systems and roof-remodels.

This section is about the technology aspect that many people find difficult understand. The existing technologies that allow users to save energy fall in two categories:

Conventional energy monitoring systems such as Current Cost, Energy Detective and Wattson are concerned with energy consumption statistics. They are used to analyze where and how energy can be saved. However, their application is restricted when it comes to reading energy consumption of individual appliances.

Home automation systems such as HomeMatic, Gira and Intellihome deal with active control of household appliances. They are equipped with sensors which are monitored to adjust with environmental changes.

The systems mentioned above are mostly used in large offices, but not in private houses on a wide scale. This is because most people think that energy monitoring and home automation systems are same. The reality is that they are quite different in terms of functioning, and both of them serve as a cost intensive measure.

A recent development in the technology for residential homes is a system known as AIM. AIM is different from other setups in the sense that it requires the users to install hardware targeting individual appliances.

Energy Aware Smart Home is also a recent advancement which also includes monitoring of off-the-shelf appliances (a major energy consumption source), making it one of the most ideal systems present.

So, in order to effectively reduce the consumption of energy, homeowners need to install systems that offer energy efficiency among other features. Secondly, this effort should be matched with remodeling in a cost effective manner.