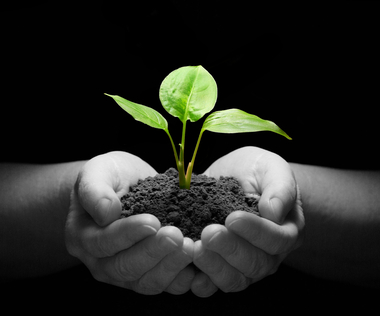 Composting is Mother Nature’s recycling program. It breaks down waste into a fertilizer, or humus, for gardening. In an effort to reduce landfill waste and “go green,” many people are discovering the advantages of composting and its many methods.

The millions of tons of landfill waste release detrimental greenhouse gases into the atmosphere. The worst part is that a vast chunk of landfill waste can be composted. Fruit and vegetable waste, cardboard and paper products are all compostable and can be incorporated into your pile.

Wood and lawn waste accounts for nearly 20 percent of total solid waste in landfills—that’s just about 40 million tons, according to National Geographic. With a grass catcher installed on lawn mowers, homeowners can easily collect grass clippings—as well as leaves and twigs—for compost piles.

Aerobic composting requires oxygen to break down. Materials high in nitrogen (such as grass clippings) will grow bacteria that results in escalating temperatures, according to Benefits-of-Recycling.com. To make it work fast and without odor, you’ll need to turn the pile every few days to maintain oxygen levels.

Anaerobic composting is the lazy man’s method of composting. Throw all of your materials into an airtight container and allow nature to take its sluggish course. Without oxygen, composting results in fermentation, according to WSU.edu. The pile may take more than a year to fully break down. You’ll want to store this far away from your nostrils—anaerobic compost emanates atrocious odors from resultant ammonia and methane gas.

Also Read : If You Have a Garden,Then it’s Right Time for Composting

Thermal composting is the most rapid compost process. When specific rations of nitrogen, carbon, oxygen and water combine, compost pile temperatures can greatly exceed 100 degrees Fahrenheit, according to National Geographic. Gather enough feedstocks and organic materials to build a pile approximately 3 feet in all dimensions. This size is the sweet spot for thermal composting—less mass won’t become hot enough and more mass won’t aerate properly. Use a mixture of materials rich in carbon and nitrogen. Sawdust, straw, grass clippings and food waste will work. Combine the materials in equal portions and lightly wet the mixture. To monitor the compost pile’s temperature fluctuations, use a long gardening thermometer. National Geographic explains that the pile’s temperature should peak after a week to 10 days before declining. To continue the thermal process, turn the pile and repeat until the compost is completely “cooked.”

Vermicomposting is the process of composting with worms.  Also known as vermiculture, this process of composting recruits the help of either Red Earthworms or Red Wigglers to work in tandem with microbes and bacteria, as TreeHugger.com states. Worms digest the waste and release castings (aka poop) that is full of millions of microbes. Its mucous prevents nutrients from washing away after watering the pile—an advantage not found in hot or cold composting. On the topic of temperature, worms prefer an atmosphere of 55 to 77 degrees Fahrenheit, according to NationalGeographic.com. Once the worms have done their duty, the compost can be used as a top dressing or added to potting mixes as four-parts mix to one-part worm castings.