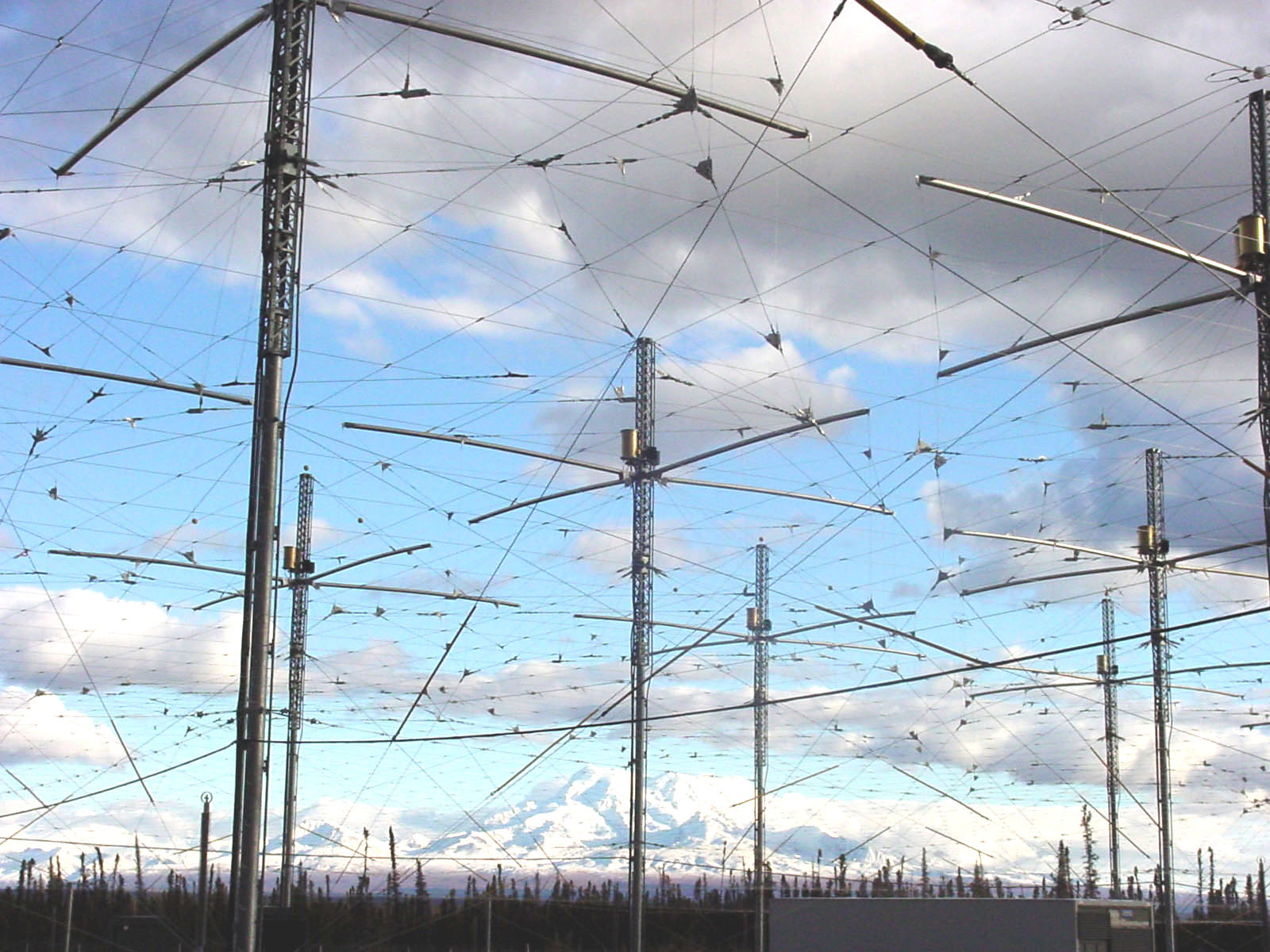 It has been observed from few years that weather of our earth is showing anomalous behavior in the form of prolong seasons including wind and monsoon patterns causing un expected prolong rainfall, floods, earthquakes droughts etc. Scientist relate these weather anomalies with Enhanced Green House Effect due to increase in the concentration of green house gases in the atmosphere leading towards extreme climate in the form of Global Warming. But there is another school of thoughts that these weather anomalies may be due to HAARP and SIHF program which has been started by two super powers of the world i.e. United States of America and Russia respectively. In both, Ionosphere is excited by sending up to 190 MW, effective radiated power (ERP) on short wave. The frequency range of the both facilities is from 2.7 to 10 MHz (USA) and   4.5 to 9.3 MHz for Russia.

Instruments Used for This Purpose:

The main objectives of these projects are to study;

The Sura Ionospheric Heating Facility, located near the small town of Vasilsursk about 100 km eastward from Nizhniy Novgorod in Russia, is a laboratory for ionosphere research. This facility is operated by the radiophysical research institute NIRFI in Nizhny Novgorod. The Sura facility was commissioned in 1981.

The High Frequency Active Auroral Research Program (HAARP) is an ionospheric research program jointly funded by the U.S. Air Force, the U.S. Navy, the University of Alaska, and the Defense Advanced Research Projects Agency (DARPA). Work on the HAARP Station began in 1993. The current working IRI was completed in 2007.

European Incoherent Scatter Scientific Association (EISCAT) operates an ionospheric heating facility, capable of transmitting over 1 GW effective radiated power (ERP), near Tromsø, Norway. It operates three incoherent scatter radar systems, at 224 MHz, 931 MHz in Northern Scandinavia and one at 500 MHz on Svalbard, used to study the interaction between the Sun and the Earth as revealed by disturbances in the ionosphere and magnetosphere.

Projects for study of climate by disturbing ionosphere are subject to many conspiracy theories. As at this time no detailed information has been unveiled by project holders regarding negative impact of ionosphere disturbance so, many of the scientists are hypothesizing this technology in different perspectives. Most of them believe that radiations are bounced backed to the earth after disturbing the ionosphere. The energy which is provided to excite the ionosphere comes back after de-excitation and it could be focused on the specific portion of the earth i.e. either to heat the glaciers or activate the fault zones of tectonic  plates in order to induced floods and earthquakes respectively. Further, patterns of wind circulation including monsoon wind can be controlled which may also change the seasons.  It is thought that extreme floods in Pakistan, earthquake of Haiti, USA and current prolonged monsoon is because of this technology and these countries are trying to induce natural disasters to down the economy of the countries they want.

If this is so, then it is an alarming situation for the world. To play with the nature always returns. UN and the whole world should give serious considerations to this technology in order to understand the negative aspects and impacts of this mishap with our environment.