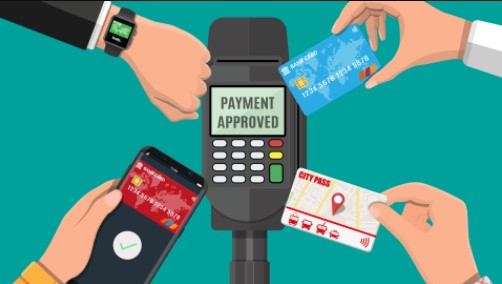 Until the 21st century, the world economy was based exclusively on a rational basis, that is, on the prudent and reasonable management of economic resources. The present century, however, has supplanted these principles: now behavioral economics is advancing on rational economics. Unlike its predecessor, it is based on psychological factors and people management, and requires new tools to function successfully. One of these tools is cashless payments.

An example of such governance has recently been observed in Italy. Fighting undeclared economic activity and tax evasion, the government decided to draft a plan in the direction of a ‘cashless society’. Rather than take advantage of traditional economic leverages such as lower tax rates or territorial taxation, the state decided to push users towards cashless payments by introducing cashbacks and lotteries. In turn, the growth of non-cash transactions was supposed to put obstacles on tax dodgers’ way.

The initiative has yielded some results, but not quite those that one would expect. Most business owners opposed – not because they wanted to avoid taxes, but simply because the cost of handling cashless transactions was too high. However, it was not even this that caused the greatest concern. “Privacy is a core concern, as is the loss of control over a citizen’s own money,” says Claudio Grass, an independent precious metals advisor. And as the government encourages people to switch to cashless using psychological pressure, this concern will only grow.

This issue concerns not only Italy, but also every country which pushes cashless economy forward in one way or another. The transition raises a problem that cannot be solved by simple assurances of security and privacy. The fact is that each transaction leaves a so-called digital footprint in the array of big data stored by sellers and operators. This is information about the user’s personality, purchases and preferences. The data does not disappear when you close the page, but remains in databases of all those with whom you interacted. In turn, this can lead to identity fraud, scams and other similar consequences.

Is it possible to trust such a system if practice shows that no one is protected from hacking, be it one of the world’s largest pipelines or a simple user? In fact, the latter is the least protected. While large companies usually implement all means to protect themselves, ordinary people are those who are exposed the most: for instance, a research paper by Atlas VPN company showed that the number of credit card fraud cases grew by striking 161.7% in the period from the first quarter of 2015 to the first quarter of 2020. Obviously, the more we use our plastic cards, the wider our digital footprint, and the easier it is for criminals to attack.

In addition to questions to banking institutions, there is also the problem of trust in the system itself and in those who run it. Living in a cashless world is not just paying with a card in a supermarket, but also giving control of your life into the hands of the state. Theoretically, one of the primary functions of government is to take care of its citizens. Sometimes, however, trust exceeds the system’s capabilities, and the state becomes prone to mistakes in relation to civil liberties: think of Greek pensioners queueing at ATMs when their government introduced withdrawal limits, or the Australian cashless welfare incident that was labeled as a “cruel social experiment”.

Another example is civil forfeiture in the United States and other countries, a process in which law enforcement officers take assets from persons suspected of involvement with crime or illegal activity without necessarily charging the owners with wrongdoing. To cite just one example, over 400 cars were seized in the US back in 2014 over minor traffic infractions. To survive, the drivers whose property were forfeited were paying for everything from food to rent and business expenses with hard currency. What would happen to them if they lived in the cashless economy?

These examples clearly illustrate the disadvantages that arise in connection with the transition into the cashless domain. The problems that lie on the surface – privacy, security, imposed added value, and others – ultimately boil down to one fundamental issue. Are you ready to entrust the initiators of the cashless economy with your personal life and your rights? And can you be sure of their honesty and faultlessness? The digital society has its advantages that have repeatedly been touted by its founders and supporters. However, before entering it, it’s better to think about an emergency exit in the form of other means of payment, which could be used whenever an alarm rings.