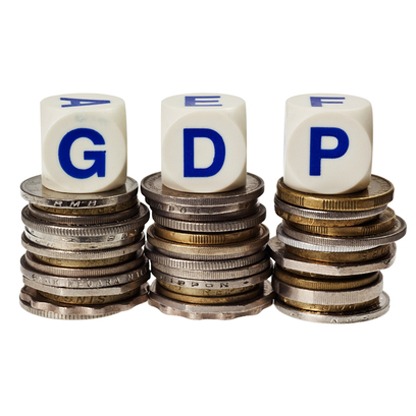 Are you one of those people who consider all the hype about environmental protection a joke? If yes, you should have a look on Pakistan Strategic Country Environmental Assessment Report, 2006. The report has been published by South Asia Environment and Social Development Unit of World Bank and it has estimated mean annual cost of environmental and natural resource damage in Pakistan as  about 365 billion Rs. per year or 6 percent of GDP.

Environmental protection has never been an issue of importance in Pakistan. Main reason of this being lack of awareness among the masses and lack of interest of the government. But isn’t it a matter of consideration when we are losing 365 billion Rs. (6% of GDP) per year just because we do not pay attention to environment?

The following text is a reproduction of the cost estimates of Environmental health risks and Environmental Degradation in Pakistan, according to World Bank Report.

The Cost of Poor Water Quality, Sanitation and Hygiene

Inadequate quantity and quality of potable water and poor sanitation facilities and practices are associated with host of illnesses such as diarrhoea, typhoid, intestinal worms and hepatitis. Diarrhoeal and typhoid, mortality in children accounts for the bulk of the losses, reflecting the vulnerability of children to these diseases. The report estimates that the total health costs are Rs 114 billion per annum, or approximately 1.81 percent of GDP.

The Cost of Urban Air Pollution

Urban air pollution remains one of the most significant environmental problems facing the cities. A substantial body of research demonstrates that high concentrations of suspended particulates adversely affect human health, provoking a wide range of respiratory diseases and heart ailments. The most hazardous are fine particulates of 10 microns in diameter (PM10) or smaller. Worldwide, fine particulates are implicated in 500,000 premature deaths and 415 million new cases of chronic bronchitis.

In Pakistan, though many cities are adversely affected, air quality monitoring is restricted to the six major cities: Karachi, Lahore, Islamabad, Peshawar, Quetta and Rawalpindi. Ambient concentrations of particulates in these cities lie consistently above World Health Organization guidelines, and are on average two to four times the recommended levels. Urban air particulate pollution is estimated to cause around 22,000 premature deaths among adults and 700 deaths among young children. The total health costs are between Rs 62-65 billion, or approximately 1 percent of GDP.

The Cost of Airborne Lead Pollution

The total economic burden by airborne lead pollution is between Rs 38-52 billion a year, or about 0.7 percent of GDP. It should be emphasized that these are highly conservative estimate based on modest assumptions and restricted to the populations of the major cities (36.2 million inhabitants). If the exercise were extended to the entire affected population of the country, the health losses would likely double.

The Cost of Indoor Air Pollution

Indoor air pollution is a serious problem in Pakistan. The use of traditional biomass fuels such as wood, dung and crop residues is widespread across the country. Biomass burnt in poorly ventilated homes has severe health consequences, particularly for women, young children and the elderly who are most likely to be exposed to indoor pollutants. Several studies have shown strong associations between biomass combustion and an increased incidence of chronic bronchitis and acute respiratory infections. Evidence is also emerging of linkages with tuberculosis, asthma, cataracts and low birth weights.

Indoor air pollution accounts for over 28,000 deaths a year and 40 million cases of acute respiratory illness. Total annual cost of indoor air pollution is estimated at Rs 55-70 billion, with a mean estimate of Rs 62 billion or approximately 1 percent of GDP.

The Costs of Salinity, Soil Erosion and Rangeland Degradation

Being an agriculture economy, soil and rangeland is an asset of Pakistan. But due to exploitation and ill use, they are deteriorating and the mean estimate of the combined losses as a result of salinity, soil erosion and rangeland degradation exceeds Rs. 74 billion annually, equivalent to more than 1 percent of GDP.

The Cost of Deforestation

Forests occupy a relatively small proportion o f the land area in Pakistan (some 3 – 5 percent), but nevertheless play a vital role in the country’s economy. Forests remain an important source of fuelwood, grazing land, livelihood and government revenue. Forests also provide multiple ecological services such as watershed protection, soil conservation, biodiversity habitat and play a vital role in assuring eco-system resilience (i.e. stability). The report states that the estimated costs of deforestation in Pakistan are between 206 to 334 million per annum.

View all posts by Warda Ajaz →