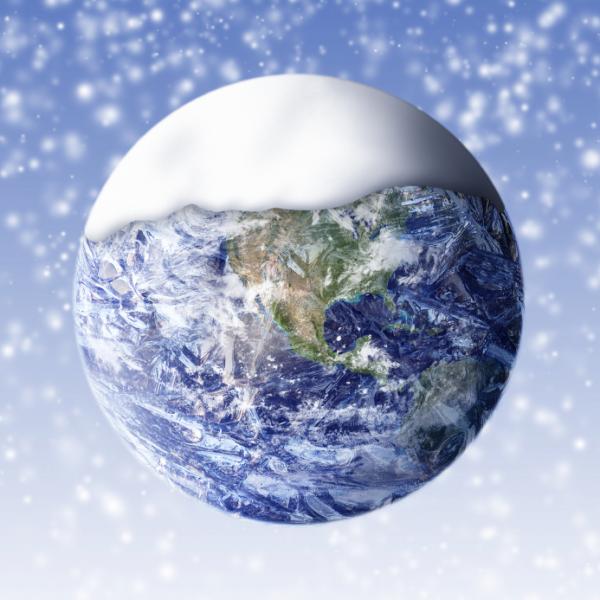 On the sun there are sunspots and they stretch up to 80 thousands of kilometers and undergo a cycle in which after 11years the sun experiences a drop in their number. But recently NASA has observed that these sunspots have disappeared and they predict that this might cause a mini ice age. “This is solar behavior we haven’t seen in living memory,” says David Hathaway, a physicist at NASA’s Marshall Space Flight Center in Huntsville, Alabama.

What is intriguing about this drop in the number of sunspots is that these spots started to disappear in the late 2007 and no one quite expected the reappearance till after 2008. But this did not happen. The sun seemed to be having a problem restarting the solar cycle and scientists predict that this might cause some trouble in the near future.

There are facts to prove that instead of earth warming up it is actually cooling down. Like in Pakistan temperature has fallen in this winters compared to average temperature last year. (Daily Ausaf, 2012, March). The history also has a story to tell. For example ‘the maunder minimum’, which ushered a little ice age. It led to a drop in the average temperature till 1 to 2 degrees Celsius in the northern Europe from 1645 to 1715 during which the sunspots virtually disappeared and the solar activity declined rapidly causing River Thames and Baltic Sea to freeze.

There is evidence that the sun is relentlessly losing its ability to produce sunspots. By 2015, they could be gone altogether, plunging us into a new Maunder minimum — and perhaps a new Little Ice Age. (Clark 2010, New Scientist, p 2)

Similarly,Michael Lockwood, a professor of space environment physics at the University of Reading in England, analyzed one response: the unusually frigid European winter of 2009-10. He studied records back to 1650 and concluded that the Europe experienced a much severe winter when these sunspots either disappeared or were comparatively less in number which supports the idea that the changes in the sun led to a change in the earth’s climate. (New Scientist, 17th April, p 6)

These changes are raising many questions as to how much the sun is affecting us and our climate. There are those who suggest that the main cause of climate changes are the changes in the suns activities and there are those who believe that anthropogenic activities still have major role to play in the climate change. Due to the decreased number of sunspots, the amount of solar radiation bombarding our planet has significantly changed. And this has and this will further change the temperature and climate of the earth.

This article is written by “Shumaila Javed Bhatti” senior author of envirocivil.com