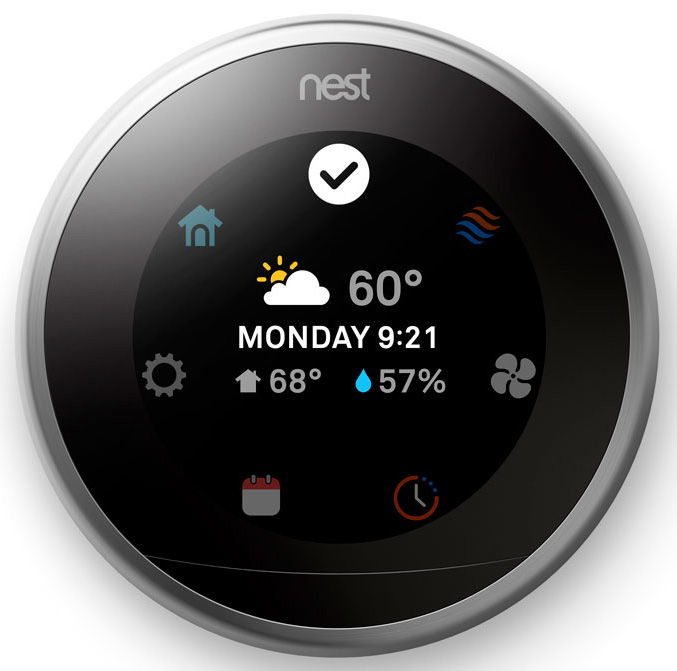 The online world has managed to unearth alleged photos of the upcoming third generation Nest smart thermostat. Nest are dedicated to providing customers with the most high-tech, smart and efficient home experience. There are an array of products that have been designed specifically to help home users interact with their home appliances quickly and efficiently, with Nest, owned by Alphabet, having three main product lines.

These products include security cameras, smoke detectors and the best-selling Nest Learning Thermostat. There are numerous variants of these products already on sale across retail stores and online.

The first of the leaked photos is a packaging box that includes a small, printed house image, which could be an indication of where the new testing version will be shipped. This is almost certainly the box for the third generation thermostat, we can be reasonably sure of that.

The biggest design change is the overall size of the device, with the third generation incorporating a much larger display screen. This change in screen size has not had an effect on the overall size of the thermostat however. If you’re hoping for any more obvious design changes, it seems there isn’t any other than this major screen change. We’ll learn more once the product becomes available.

We are hoping that a huge wave of information could follow these latest image leaks and that these images are the start of a whole new insight into the design changes included in the third generation nest thermostat. The upcoming device could well be officially announced in the near future now that these images have been leaked. So what about a launch date?

Assuming a launch date upon the unearthing of some leaked images of the product is more of a shot in the dark than anything else, but there are suggestions that we could be edging closer to a launch date after all. This was suggested after the new Nest Learning Thermostat went through the FCC last week.

This involved Nest filing that it had a new device in the works but they stopped short of other information being released until the official announcement. That could mean that the gadget is getting ever closer to its launch date.