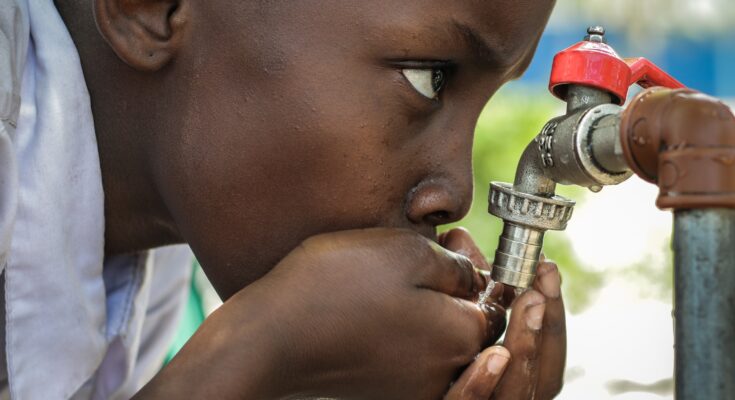 The harmful effects of water pollution are one of the major environmental concerns of the modern world. Several kinds of anthropogenic activities such as industrialization, excessive use of fertilizers, and pesticides,  and discharge of domestic and radioactive wastes have been adding tons of pollutants to the water bodies. Water pollution alters the composition of water to a toxic extent that it is no more suitable for drinking and other purposes.

According to WHO (2019), at least 2 billion people around the globe do not have a supply of adequate drinking water. The developing countries are more exposed to the risks associated with water pollution due to improper waste management and water treatment systems.  A study published in The Lancet has reported around 1.8 million deaths due to water pollution in the year 2015.

Vibrio cholera, a bacterium is the main causative agent of cholera resulting in a serious intestinal tract infection. If not treated properly, it may lead to severe diarrhea and dehydration in the patients and can even be fatal. The disease is widespread across rural areas with poor sanitation and hygiene. Around the globe, 100,000 people die every year due to the contraction of cholera.

Diarrhea is the most common water-borne disease characterized by frequent and loose bowel movements.  The consumption of food or water contaminated with microbes such as viruses, bacteria, and protozoans. results in this health condition. It can lead to the loss of fluids and severe dehydration. The children are at high risk of mortality due to diarrhea. In fact, United Nations has reported yearly deaths of 85,700 children associated with diarrhea caused by water pollution.

Typhoid fever is mainly characterized by acute fever along with the infection and ulceration of the intestine.  A bacteria called Salmonella typhi. is the causative agent of typhoid. The disease is prevalent in under-developed countries with the supply of unsafe drinking water. According to estimates, 20 million people contract typhoid each year, globally.

Hepatitis A is a liver infection caused by ingestion of food or water contaminated with the Hepatitis A virus. The disease is comparatively short-term and the patients recover after few weeks. But the infection is highly contagious and it may get severe in some cases.

A parasite called Giardia duodenalis causes this highly contagious disease known as Giardiasis.  A person can contract the disease if he consumes unsafe water or food contaminated with Giardia germs, or comes in contact with the person suffering from the Giardiasis. Giardia is widespread as its germs are found worldwide especially in regions with poor sanitation.

Several kinds of chemicals such as pesticides, heavy metals, bleach, salts, and nitrogen are released in the water bodies. Majorly it happens as a result of intensive agricultural practices and inadequate treatment of industrial wastewater. It eventually leads to the contamination of groundwater. In most cases, the consumption of water contaminated with chemicals does not result in immediate health effects but they act as a slow poison and may disrupt various biological processes over time.

Various kinds of chemical contaminants can cause skin diseases due to direct contact with the polluted water during swimming or washing clothes. The severity of the diseases may vary depending upon the toxicity of the contaminated water. Most commonly, it results in skin lesions, rashes, and itching. The effects may last depending upon the causative chemical contaminant present in the water.

Fluorosis is a dental disorder, prevalent among children during the period of permanent teeth formation. The consumption of water highly polluted with fluoride mainly results in fluorosis. The symptoms of fluorosis include mild discoloration or formation of streaks or faint white lines on the teeth. Typically, it is not a disease, however, it causes several psychological effects.

Arsenicosis or arsenic poisoning occurs in the human body after ingestion of water or food contaminated with high levels of arsenic. Arsenic is extremely poisonous and intake of its small concentration over time may lead to adverse health effects such as skin cancer, bladder cancer, high blood pressure, and diabetes, etc. The communities living around industrial areas are more likely to suffer from arsenic poisoning.

The intake of drinking water polluted with chemical contaminants may result in neurological disorders, cardiovascular diseases, and even several kinds of cancer. The presence of chemicals in the drinking water poses detrimental effects on human health, by aggravating the symptoms of other diseases as well. Rarely, they result in an immediate disease. However, exposure to chemical contaminants over time damage various metabolic processes in the body ultimately leading to fatal diseases.

In a nutshell, water pollution kills. There is an urgent need to address water pollution at the source level. Furthermore, the installation of functional filtration units may prove helpful to lessen the harmful effects of contaminated drinking water on human health.  To read about how to protect our water supplies, check out Ways our water supply can be protected.

View all posts by Saiqa Najeeb →