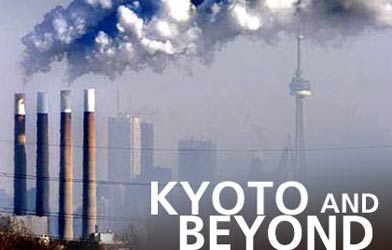 In December 2011, Canada Formally Withdraws From Kyoto Protocol. To this day, Canada is the only country to have backed out of this international treaty. Unsurprisingly, several countries have criticized Canada shortly after the Conservative Party under Stephen Harper made their decision. Notably, Japan’s environment minister, Goshi Hosono urged Canada to remain in the accord. Also, a spokesman for China’s foreign ministry declared that the withdrawal was “regrettable and flies in the face of the efforts of the international community.”

As of August 2011, 191 nations have signed and ratified the Kyoto Protocol. This treaty, initially adopted on December 1997 in Kyoto, aimed at reducing greenhouse gases in order to stop global warming. Furthermore, it is a protocol to the United Nations Framework Convention on Climate Change with the goal of achieving the “stabilization of greenhouse gas concentrations in the atmosphere at a level that would prevent dangerous anthropogenic interference with the climate system.”

Often, countries would have to set targets by lowering their emissions to their annual levels in 1990. To do so, governments would have to primarily reduce emissions of carbon dioxide, methane, nitrous oxide, and sulphur hexafluoride from industries, transportation, agriculture and infrastructure by deploying new green technology. This international environmental treaty entered into force on 16 February 2005.

“There’s not going to be traction on climate change until the Chinese and the Americans and the Indians decide that they really want to do something,” Hampson told;

However, although Canada Formally Withdraws From Kyoto Protocol, it is not the only nation to not ratify the treaty. Although major developed nations had to meet targets for reducing emissions, mandates were not imposed on developing countries like Brazil, China, India and South Africa. Moreover, the United States never ratified the Kyoto Protocol in the first place.

In response to critics, Canada’s Environment Minister Peter Kent asserts that “Kyoto is not the path forward for a global solution for climate change.”

By withdrawing from the Kyoto Protocol before the end of 2011, Canada will save than estimated $14 billion in penalties for failing to meet emissions reduction targets, Kent told

More specifically, he criticizes the high costs to Canadians and how a great percentage of the population was omitted from the treaty. In addition, he stated that Canada will help create a new agreement that includes targets for developing nations, particularly China and India.

Similarly, George W. Bush was opposed to the treaty in 2000 and said: “it exempts 80% of the world, including major population centers such as China and India, from compliance, and would cause serious harm to the US economy.” Indisputably, Canada is following America’s footsteps.

For many politicians and environmentalists, Canada’s formal withdrawal was not surprising. For instance, Canada has recently embarked in one of the greatest environmental disaster of all time thorough the oil sands in Alberta and Stephen Harper once referred to Kyoto as a “socialist scheme” back in 2002. It should also be noted that if Canada stayed in the treaty, it would be forced to pay huge fines (in billions) for its failure to meet emissions targets.

Hopefully, a United Nations Climate Change Conference this year in Qatar will deploy a new treaty that will include all nations. Only then will Canada be on a road to a sustainable future and redeem itself for being the only country to have backed out of the Kyoto Accord.