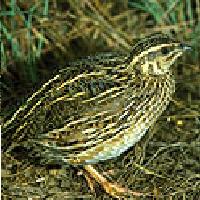 Haripur (meaning Hari’s town) was founded in 1822 by Hari Singh Nalwa, a Sikh General of Ranjit Singh’s army. He was the Governor of Kashmir in 1822-23.

As the winter season starts, millions of migratory birds migrate towards the warmers areas of the World. These birds leave the ice-covered home grounds and move thousands of miles away in order to escape severe cold and scarcity of food

Major population of quail originates from Russia, Siberia and other Central Asian states towards the warmer regions of the world including Pakistan.

The quail hunting and quail fighting has a cultural value in District Haripur, but quail fighting is the most interesting game as various age groups including children, Young guys and especially elders, enjoy this game. Women are not interested in Quail fighting while men are intrested for enjoyment and gambling in Haripur.At  the end of 2011, the gambling range reached to Rs.700000.

The people of District Haripur are interested in quail fighting. The interested people hunt the quail from areas of Haripur or purchase from the suppliers of Punjab and Sindh.

Locally quail is known as batair and salva in Arabic. The scientific name of common quail is Coturnix coturnix.

The quail found in dry areas fight well. The quail fighting was started before Mughal Era and now it is a cultural game of District Haripur. Different types of quail are found in District Haripur. Locally these are called Surkha, Sawa, Khosa, Doghla and Talia surkha. The most beautiful type of the quail is Talia surkha and it is known as best fighter than other types. Quail is commonly found in wheat fields. It is hunted with gun for the purpose of food and satisfaction of the lust for hunt. For business purposes quail is hunted using net techniques and than packed in wooden cages for supply.

The people of District Haripur that are interested in the quail fighting hunt or purchase the quail then trained the quail for fight. The major portion of quail’s food consisted of millet. The quail’s owner keeps the quail in hand most of the time, by moving hand up and down to prepare the quail for fight. Average age of quail is 5-7 years and within 1 year of age the quail is able to fight. When a quail produces a sound “Chik Chik” it is a signal that quail is ready for fight. The weight of fighter quail is about 7-8 tollas. The fights of quail are held in rooms, halls or in closed places. The most famous place for quail fighting in Haripur is Sabzi Mandhi. The time limit of quail fight is about 1 minute and in some cases it takes more then 1 minute. After the fight water is given to the quail. To the end of 2011 the price of Talia surkha increased and reached to 3, 10,000 rupees, while prices of other forms of fighter quails ranges from 30,000-1,00,000.There is a common saying,

As most of the birds are the enemies of quail. Quail has nocturnal habits. It can fly the entire night. The quail jumps on hind limbs up to 10-15 feet in air and than fly by using wings. Quail has distinguished character that it sleeps after Magrib for 1-2 hours and keep waking all the night than in Fajir it sleeps again.

Hunting for business purposes by using net techniques is the major reason for declining of quail population in District Haripur.

It is necessary that awareness and Educational programmes with respect to the importance of wildlife should be designed and conducted in rural areas so that over exploitation of nature could be restricted.

View all posts by inamullah khan →