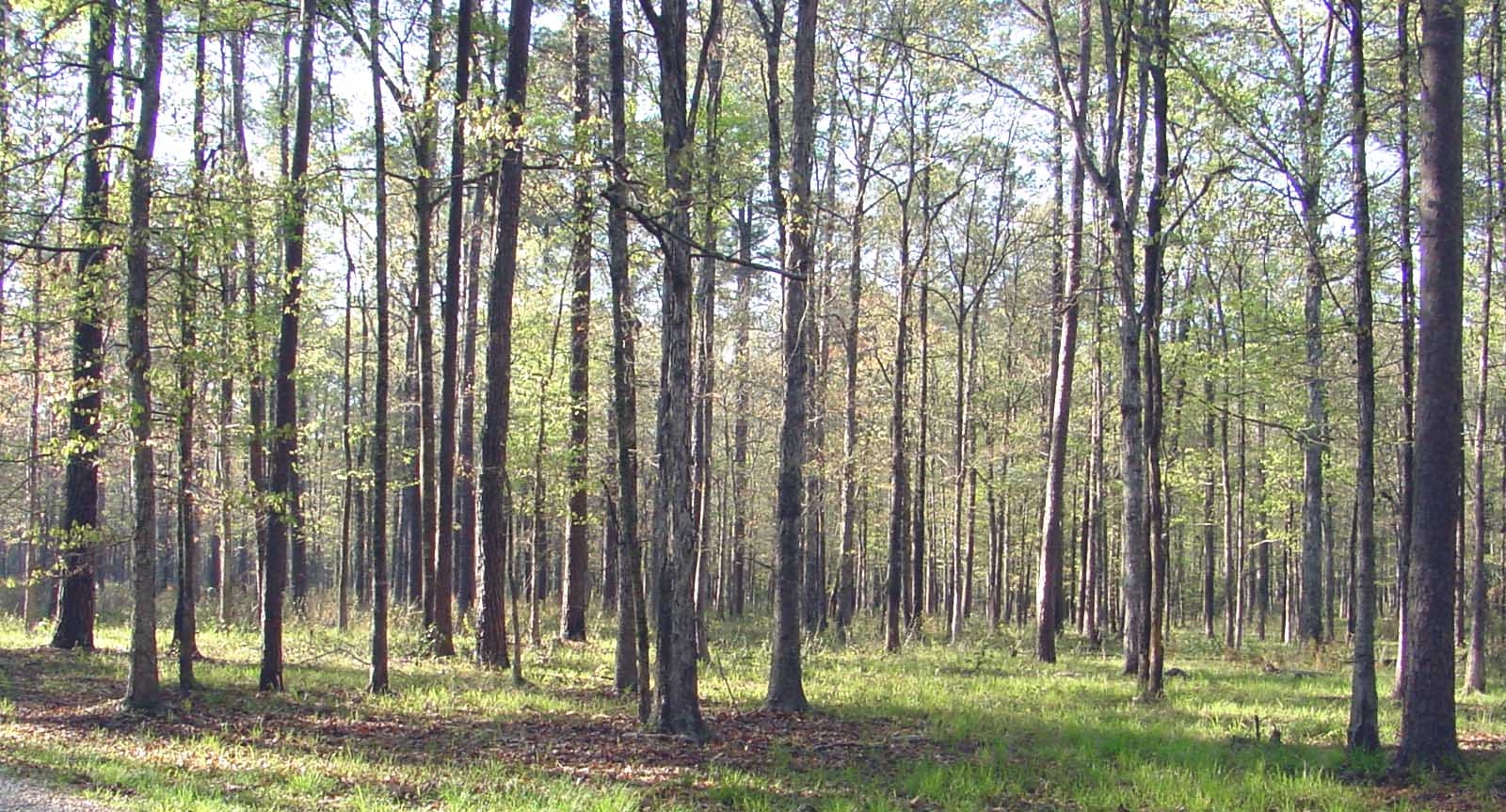 Energy is vital to our daily lives. We all need to make better choices in what we consume and how we produce and use energy. It helps us produce food, fuel transport and power communication channels across the world. Over the coming decades, more people will gain access to energy and enjoy higher standards of living. While fossil fuels will remain an important source of energy, renewable energies will also gain importance, as a result of concerns over high fossil fuel prices, increasing greenhouse gas emissions and energy import dependence.

Renewable energy systems with low impact on climate and environment”, the European countries have agreed to achieve a 20 per cent share of renewable energy by 2020. Biomass for heat and power generation may come from agriculture, forestry and waste. Biofuels derived from forestry products and residues help meet the energy demand?

Alternative forms of energy have gained popularity as a way to address these concerns. For instance, bioenergy derived from biological materials such as wood, agricultural crops and wastes, or dung is used. If sustainably managed, bio energy derived from plants can be considered renewable because new trees or other plants can replace those that have been converted to energy. Forest can play a vital role to respond to future bioenergy demands and help to create a more stable energy future, improve environmental quality and increase economic Opportunities, Its net benefit in terms of climate change mitigation depends on the balance between carbon dioxide (CO2) captured during plant growth and CO2 released when producing, processing, transporting and burning the fuel.  Fossil fuels will play a major role in meeting that increased energy demand over the next 20 years, the amount of energy that can be generated from the residues of forestry operations is considerable. Efficient methods of harvesting and transportation could further reduce the cost and environmental impacts of producing such energy. Most of the wood for future bioenergy production will likely come from existing forestry operations unless economically competitive technologies for the production of second-generation biofuels become available. Forest plantations are another major source of wood energy that will likely increase in the future.

To be economically viable, such plantations will require efficient harvesting, good logistics, and high-productivity.  In some areas and on some land types, trees may be more productive than agricultural crops and may not have as many negative environmental effects. In many parts of the world, significant expansion of plantations for bioenergy may be hampered by impediments to investment such as conflicting land claims, insecure land tenure, risk of expropriation and ineffective governance. Social issues that commonly occur when natural vegetation is replaced with commercially managed crops may also arise as a result of changes in property and land-use rights. In natural forests, between 80 and 90 percent of total residue volume could be used for energy generation. Most of this material consists of tree crowns and other rejected pieces that are left in the forest after harvesting operations. Excess wood residues at mill sites are often left unused and may create environmental problems by affecting water and air quality. Producing energy from these residues can solve both energy and waste disposal problems wood residues generated at mills alone are estimated to be sufficient to supply the total national electricity demand. If all the residues from forest operations were used for electricity generation, the country would be able to produce five times its current demand. Forest plantations dedicated to the production of wood for energy there are a number of fast growing tree species suitable for energy plantations, including Acacia mangium, Gmelina arborea and several Eucalyptus, Salix and Populus species. Maximum tree plantation on watershed Area prevent the soil erosion which increases the life span of the water reservoir,

Hydropower is cheap, non-polluting, and many small facilities (less than 30 MW) are considered renewable energy sources. Unlike other sources of energy like nuclear power, the costs of large scale plants is declining because the facilities have been paid for by federal or state projects. Dams and reservoirs also provide recreational opportunities, flood control, irrigation, refuges for wildlife, water supply, and transportation.  Hydropower contributes to 24 percent of the world’s electricity, supplying over 1 billion people with power Currently, between 10 and 13 percent of our nation’s power- 77,000 MW- comes from hydropower facilities. Equivalent to almost 500 million barrels of oil a year, hydropower generation is the most efficient form of energy production.

Renewable energy sources currently supply somewhere between 15 percent and 20 percent of world’s total energy demand. The supply is dominated by traditional biomass, mostly fuel wood used for cooking and heating, Biomass is the term used for all organic material originating from plants (including algae), trees and crops and is essentially the collection and storage of the sun’s energy through photosynthesis. Biomass energy, or bioenergy, is the conversion of biomass into useful forms of energy such as heat, electricity and liquid fuels On average, biomass accounts for 3 percent or 4 percent of total energy use in the latter, although where policies supportive of biomass use are in place, Direct combustion remains the most common technique for deriving energy from biomass for both heat and electricity production. In colder climates domestic biomass fired heating systems are widespread and recent developments have led to the application of improved heating systems which are automated, have catalytic gas cleaning and make use of standardized fuel (such as pellets). The efficiency benefit compared to open fireplaces is considerable with advanced domestic heaters obtaining efficiencies of over 70 percent with greatly reduced atmospheric emissions. The application of biomass fired district heating is common in the Scandinavian countries, Austria, Germany and various Eastern European countries. The predominant technology in the world today for electricity generation from biomass, at scales above one megawatt, is the steam-Rankine cycle.

This consists of direct combustion of biomass in a boiler to raise steam which is then expanded through a turbine. The steam-Rankine technology is a mature technology introduced into commercial use about 100 years ago. The typical capacity of existing biomass power plants ranges from 1 – 50 MWe with an average around 20 MWe. Energy conversion efficiencies are relatively low, 15 – 25 percent, due to the irsmall size, although technologies and processes to increase these efficiencies are being developed. Steam cycle plants are often located at industrial sites, where the waste heat from the steam turbine is recovered and used for meeting industrial process heat needs. Such combined an alternative to the above-described direct-fired biomass combustion technologies, and considered the nearest term low-cost option, is biomass co-combustion with fossil fuels in existing boilers. Successful demonstrations using biomass as a supplementary energy source in large high efficiency boilers have been carried out showing that effective biomass fuel substitution can be made in the range of 10–15 percent of the total energy input with minimal. Plant modifications and no impact on the plant efficiency and operation. This strategy is economical when the biomass fuels are lower cost than the fossil fuels used. For fossil fuel plant Biofuels are produced in processes that convert biomass into more useful intermediate forms of energy. There is particular interest in converting solid biomass into liquids, which have the potential to replace petroleum-based fuels used in the transportation sector. However, adapting liquid Biofuels to our present day fuel infrastructure and engine technology has proven to be nontrivial.

Only oil producing plants, such as soybeans, palm oil trees and oilseeds like rapeseed can produce compounds similar to hydrocarbon petroleum products, and have been used to replace small amounts of diesel. This “biodiesel” has been marketed in Europe and to a lesser extent in the U.S., but it requires substantial subsidies to compete with diesel. Aviation biofuel is a biofuel used for aircraft. Aviation biofuel is widely considered by the aviation industry to be one of the primary means by which the industry can reduce its carbon footprint. Feb 2008, virgin Atlantic Boeing 747 Coconut and Babassu Virgin flew the very first biofuel test flight between Landon and Amsterdam, using a 29% blend of biofuels in one of its engines. After a multi-year technical review from aircraft makers, engine manufacturers and oil companies, biofuels were biodiesel made of animal fat biodiesel made of crude sunflower oil approved for commercial use in July 2011. Since then, some airlines have experimented with using of biofuels on commercial flights. The focus of the industry is on second generation  sustainable biofuels that do not compete with food. The International Air Transport Association  supports research, development and deployment of alternative fuels. IATA thinks a 6% share of sustainable 2nd generation biofuels is achievable by 2020, and Boeing supports a target of 1% of global aviation fuels by 2015. This is in support of the goals of the aviation industry reaching carbon neutral growth by 2020 and a 50% decrease in carbon emissions by 2050.

View all posts by Aqeel Abbasi →