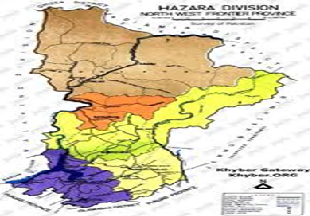 Large carnivores are vital for biodiversity and ecosystem function, yet are very difficult to conserve because of their large home ranges and conflicts with humans. I examined human-leopard conflicts in and Ayubia National Park and whole Hazara region, Pakistan, to provide management recommendations for the conservation of leopards. Harassment of leopards by humans has been on the rise primarily due to depredation on livestock and risk to human lives. 16 humans have either been killed or injured in and around Ayubia National Park Since 1989, while leopards faced 44 human-caused mortalities during the same period.

Biggest cats of the world, the common leopard (Panthera pardus) and the snow leopard (Uncia uncia) are found in Pakistan.  The high mountains of the Himalaya, Karakoram and Hindukush are habitat to the infrequent and elusive snow leopard (local name Barfani Cheetah), a cat so enigmatic few have been privileged enough to see a glimpse of it in the wild. The resourceful and compliant common leopard (local name Guldar, Tendwa, Cheetah) while not so secretive and elusive as the snow leopard inhabits the lower mountain ranges of northern Pakistan. The common leopard’s range broadens from the Himalayan forest regions to the broken and hilly mountainous country of Baluchistan and Sind Kohistan. The better-forested areas of the Himalaya, particularly the Hazara region of Khyber pakhtunkawa are the last throttlehold of the leopard in Pakistan.

Human wild life conflict is not a new concern in the wild life management. However, the methods of handling carnivore related problems remain unique and distinct for each species depending on the area time and resources. As human population expand and encroach ever further into natural habitats, humans and wildlife increasingly has to compete over living space and food. Asian big cats are suffering not only from significant habitat loss, but also from decline in their prey species within the habitat that remains. As a result, cats are moving into more marginal areas searching food, finding easy prey in domestic livestock and also attack humans. Many communities in Asia are heavily dependent on their livestock for sustenance and income, and therefore when livestock predation occurs, cats are captured, killed in retaliation or actively persecuted to prevent similar events happening in the future. These killings are a significant threat to the survival of many Asian cat species.

Conflict between people and wildlife is one of the main threats to the continued survival of many species in different part of the world, and is also a significant threat to local human populations. If serious solutions to conflicts are not adequate, local support for conservation also declines. As the common leopard is endangered species in Hazara region there is a need and it’s a time to safe this beautiful member of our wildlife society. There is a need of a big awareness and conflict management project as soon as possible, otherwise will deprive of our beautiful species. The following conservation approaches are suggested to safeguard the future of common leopard.

It is also a major management and country livelihood issue because many carnivore species have been heavily hunted due to elevated conﬂict levels with communities. To mitigate such convicts requires a ﬁrm understanding of their underlying patterns. In Pakistan this situation is epitomized, where carnivore populations have been greatly reduced, but where no research has investigated the conﬂict patterns of large carnivore guilds with humans. There is the capacity and good habitat around the national. Increase the area of park which will provide the more space for leopard (The ones that currently exist are insufficient to guarantee their survival, yet the conflicting pressures of land use make difficult the acquiring of sufficiently Large, completely protected areas). Awareness, There is very little consciousness of the important role that predators play in maintaining the communities of their natural prey, and the integrity of natural ecosystems. Educates local groups village level communities, the public will be more cooperative in case of leopard situation in the areas. Human-leopard conflict mitigation programmes often form part of a wider portfolio of conservation action, and their efficacy can be considerably increased. Discovering people knowledge linked to the issue of leopards attack on people and their livestock (Insurance schemes and awareness). Significance of scientific data linked to indigenous knowledge on this particular aspect of conservation. Involvement and interest of Government organizations and NGOs in this human leopard conflict issue.

Human-wildlife conflict is not a new issue in the field of wildlife management. However, the methods of handling carnivore-related problems remain unique and distinct for each species depending on area, time, and resources. This review enabled me to suggest broader management actions to achieve the ultimate goal of leopard conservation. High density of human settlements in leopard country perhaps negatively affected habitat quality and increased depredation incidents in Ayubia National Park and whole Hazara region. Leopard-human conflict may not be completely eliminated in any leopard strategy, however, the level of risk and threat to human lives and their property may be reduced substantially by following an adaptive management strategy. To start with, standardized reporting methods should be adopted. Problems or questions faced in the field should be clearly identified, prioritized, and articulated for a realistic study design. As it is difficult to modify the behavior of leopards, efforts should be focused on modification of human behaviors and adopting appropriate responses through education and information programs. Improved agriculture and livestock husbandry practices along with public safety measures may not significantly reduce conflicts with leopards in Ayubia National Park. But these actions may result in increased tolerance if proper compensation and incentives are offered to communities.

View all posts by Arkham Wahid →