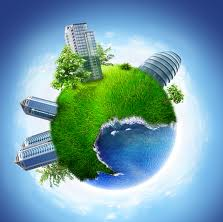 Standards are always life setting tools. If there are standards for each thing in life then everyone get benefit on equality basis. Standards are the ingredients which are the same for everyone in all over the world. As someone has said beautifully,“Life is a unique combination of “want to” “how to”and we need to give equal attention to both of them.”

Man always wants to get the best for his life. Sometimes by fair and sometimes by unfair means. If there standards then not a single person but all of the humanity get best from them. They need no to use unfair means to get things. This is the meaning of life that if you want something then you know that how to get it in proper legal way. Man has remarkably ability to get exactly what he must have. But there is a difference between must and want because must is the thing what he have at any cost but want is the thing he want to have his satisfaction.

Man wants development but also peace and calm. For development different beneficial steps have taken. One of them the most important and major step is industrialization. A lot of industries are working in all over the world at the meanwhile, development is on its peak. As man has its origin from Stone Age when fire was blown by rubbing stones, but with the passage of time match sticks are evolved and now with development, electric matches are being used. The small thing like needle to the largest things like vehicles, electronics are now having their own industrial units.

Pollution is the direct consequent of industrialization. Soil, water, and air even everything is polluting due to this. The developed countries like USA, Canada, and Norway etc are effecting due to their own development and side by side they are also effecting the under developed neighboring countries including Nepal, Bangladesh, and Pakistan also. Because environment has no boundaries.

Industrialization is causing depletion of ozone layer, disturbing water quality due to which aquatic life is getting harm. The color of seas and oceans are getting dark. Most of the species are extinct. Soil quality is also effecting. The chemicals entering into environment are affecting the human lives. The waste they are producing is the main problem. The  amount of waste producing is more than the product produced by the industries. The waste generated is directly disposed into open fields or water resources.

The pollution produced should be within limits and the standards set by international authorities like ISO 14001, NEQS and WHO etc. so that everyone get same quality on equality basis.  There should be proper system for waste disposal and it can be recycled and reuse for further processes.

As the rate of waste production decreases, then there should be better results. It will make our earth green. Colors of our planet can be bright just due to our very little care. Someone has said beautifully, Human have the remarkable ability to get exactly what they must have, but there is a difference between “must” and “want”. This means that man can get what he wants by his hard work so, think about it and put a step forward. Everything is in our hands.

Khadija Asghar is a blogger, a environmentalist and have done MSc. Environmental Sciences from Hazara university.

View all posts by Khadija Asghar →