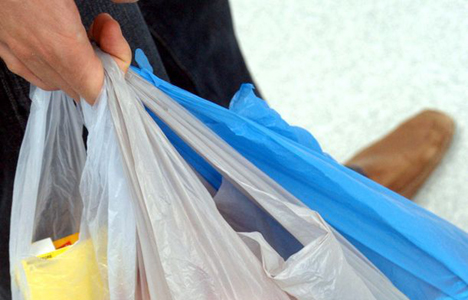 The usage of plastic bags is adding environmental problems and also affecting the health of people. While for this we have asked our Author and also Student of Environmental Science to write on this,

Further he added;“The trend of importing raw material to produce plastic bags has increased in Pakistan. The litter produce because of the plastic bags are severe, adding more toxicity to the milieu. The research has been made on the litter; it was found that, 46,000 plastic bags are floating in each square mile of the ocean, which is affecting the marine and polluting the water.According to the federal ministry survey 95% people use plastic bags,3 % use paper bags, 1 % use cloth bags and 1 % use baskets. It means 1000 of plastic bags are thrown in the twin cities of Islamabad and Rawalpindi. Out of thousand only 10 % go to dustbins, 30 % are thrown away in the wide area and sometimes it is blocking the sewage system of the cities. And 60 % blocking the drains thus affecting the drinking water supply and causing the water borne diseases like hepatitis, cholera and urinary tract infections.As we all are familiar of the fact that burning plastic bags producing toxic gases and the people who are in the vicinity of that immensely inhale and suffer from the lung cancer, eyes irritation, skin irritation and can be the producer of acid rain. These chemically made bags carry carcinogenic agents which can cause cancer. But the consumers are unaware of the biodegradable bags and they are using plastic bags because of the unawareness within the people. Environmentalists are supporting the law to control the usage of plastic bags and replace them with a low density or high density Polyethylene (PE) biodegradable bags.

Also See : Help the Environment By Getting Rid of Plastic Bags

Despite of all the actions and protests at the international level, the ignorance was obvious during the earthquake in Pakistan. Up to 70% of the relief was packed in plastics instead of biodegradable bags and nobody raised that issue in the international market.

In the population of 180 million, an average person consumes more than 2 Kg plastic bags in a year. I come to know through my couple of friends that there are number of ministers doing the business of plastic bags and they are creating obstacles in the implementation of ban. According to the ministers banning the plastic industries would severely affect an already falling economy of the country.
According to the survey there are only two manufacturers of biodegradable bags in the twin cities of Islamabad and Rawalpindi. One is in Rawalpindi and another is in Islamabad running by an NGO.According to the newspaper the NGO personnel refused to give any sort of information about the production of the biodegradable bags.I come to know through newspaper that a regular 15 micron plastic bag costs Rs 250/Kg and 60 micron biodegradable bags does not cost more than 270/Kg.

The supporters of biodegradable technology added ‘’the test conducted by American’s Food and drug Association show that the additive is safe to use with edible products. Greener bags have short span of time and decompose easily. They affect neither the land’s fertility nor cause pollution, on land or sea, in the light or dark, in heat or cold, in whatever timescale is required, leaving no fragments, no methane and no harmful residues and help to preserve the environment.

I will conclude the article with the hope from the developing countries as well as developed countries that they will ban the use of
carcinogenic products’’.