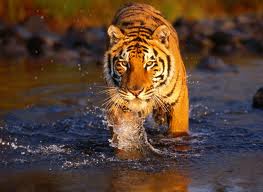 The alarming rate at which the wild animals are disappearing in India, scientists have devised a new technology known as cloning to bring back plenty of dying wildlife animals that could vanish from the earth. For the layman, cloning is essentially a process of creating a living thing that is an exact carbon copy of another. This signifies that the DNA of the two organisms will be perfectly the same. That is not all as the various body parts such as the face, eyes, nose and ears will be similar.

Most of the people may know about Dolly, the lamb, which was cloned successfully, but some of them do not have comprehensive details of cloning, including the pivotal fact that the scientists from the major corners of the world are experimenting with it for over 100 years. Some of the earlier instances where the scientists have tried to clone the animals are as follows:

Over the years, India, where the rate of endangered animals is very high, has taken some extreme steps to protect the wildlife and increase tiger population. Many national parks and sanctuaries have been opened, ban has been implemented on the products made from the animal skin or fur and a collaboration with the various renowned bodies such as the Coalition Against Wildlife Trafficking (CAWT) and the Convention on International Trade in Endangered Species of Wild Fauna and Flora (CITES) have been undertaken to shield the different species of wildlife from extinction.

Now, the Government of India is now mulling over utilizing the cloning technology to conserve wildlife. According to the experts, there is no country in the world where cloning is used to protect the wild animals. Taking one step further, the Chhattisgarh government has decided to safeguard the declining population of the wild buffalo with the help of cloning by taking the assistance of National Dairy Research of India (NDRI). This is not the first time that the premier institute of India is going to clone the animals. It has earlier tasted success by cloning one of the world’s first domestic buffalo and a Pashmina goat. If the NDRI achieves favorable results by cloning the wild animals, then it could open the gates for conserving various other kinds of animals such as the tigers, Asiatic lions and one horned rhinoceros.

Cloning of the animals, according to the scientists is a very long-term project, but if it is successful, then the possibility of bringing back to life long extinct species of wildlife will soon become a reality.