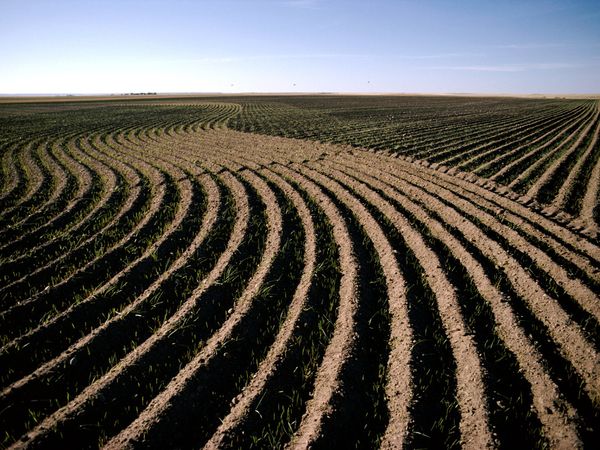 Pakistan is the seventh biggest nation of the world with total population of over 130 million and landmass of about 79.61 million hectare. It has vast tract of mountainous region that constitutes almost half of the area of the country. These mountainous areas particularly the northern uplands have much significance in the national economy because of their role in catchments of major rivers system, hill forest, livestock, rangelands and fruit production.

The area of district Mansehra falls in the monsoon zone. About 70% of the total precipitation is received in monsoon in the form of torrential rain with high intensity. While remaining 30 % precipitation is received during winter and spring in the form of snowfall or low intensity rains due to western disturbances. The monsoon rains are received in two months (15 July – 15 September) resulting in high surface, channel and mass erosion. The winter precipitation with low intensity rains and snowfall are not harmful for surface and channel erosion but create conditions favorable for landslides by saturating the soil particularly in the moist temperate forest zone.

The upland watershed areas of Pakistan are important in the sense that they are the main water source for the whole country. These are the catchments areas of rivers Siran, kunhar, Jehlum and Indus on which multipurpose dams had been constructed to store and supply irrigation water to world’s biggest canal irrigation system in Pakistan. These watersheds are located at an elevation ranging from 1000 m to 4500 m with moderate to steep slopes. The steep slopes have shallow soil cover but moderate and gentle slopes have reasonable soil depth. Rocks are composed of limestone with subordinate shale and sandstone that are occasionally metamorphic. The area spreads over various ecological zones like evergreen scrub forest, subtropical chir pine forest, moist temperate forest and dry temperate forest zones with alpine and sub-alpine pastures in the upper reaches. The glaciers are also found in the upper altitudes.

With the increase in population in these areas, the demand for food, fodder and fuel wood has increased resulting in deforestation. The deforestation process continued in the past and is still active in progress. Due to slope cultivation agriculture lands are subject to heavy surface erosion followed by the degraded range lands. Though the well managed forest of the area do not face erosion problem, but as most of the state and Guzara forests are in degraded condition coupled with grazing pressure. Due to this the surface runoff increases causing gully and channel erosion problem. The gullies and small channels have continuous bed and bank erosion problem with the continued deepening and widening while the large channels and rivers have bank erosion problem.

Before discussing the role of soil conservations techniques, it is necessary to know that what soil conservation is.  “Soil conservation is the combination of the appropriate land use and management practices that promotes the productive and sustainable use of soils and in the process, minimizes soil erosion and other forms of land degradation”.

Due to young geology and steep slopes, these mountains are quite fragile and sensitive. The natural vegetation cover kept the mountains stable in the past but due to human interference, faulty agriculture practices and heavy construction, the mountains are subjected to landslide problem, particularly in the moist temperate zone. Landslides are adding huge sediment load into the rivers carried directly into the Tarbela and Mangla reservoirs. After two or three decades the water storage capacity of the both the multipurpose reservoirs will be exhausted or reduced due to sedimentation. Therefore the Government of Pakistan is seriously considering the construction of new reservoirs on the river Indus and has already approved the proposal for increasing the height of Mangla dam for enhancing its storage capacity. It was therefore thought necessary to reduce the sediment yield from the upland watershed areas reducing the sedimentation rate of the existing artificial reservoirs and new planned reservoirs in future. Under the watershed rehabilitation projects the main activity was afforestation for the conversion of range and pasture lands into forests for reducing the sediment yield along with technical soil conservation measures. More emphasis was being given to the use of bio-engineering, pure biological techniques because these were cost effective and sustainable.

Besides the mechanical or engineering techniques another very important way of treating soil conservation has now extensively used. This is usually referred to as “vegetative” or “biological” conservation. Engineering techniques and bio engineering techniques were also used in these areas, but the most affective, long time and providing excellent results is only by the biological techniques.  If soil is bare and exposed to the erosive forces of wind and water. It follows from this that if the soil can be kept under permanent or near permanent cover of vegetation, then little or no erosion will occur. If there is a cover of vegetation on the surface, either living or dead, the soil is protected as the energy of the falling rain drops is dissipated when they hit the vegetation. Vegetation does not even have to provide a complete cover to be effective; if only about 40% of the soil’s surface is protected by low level vegetation and evenly distributed cover, erosion can be reduced by as much as 90%.

Not only this, but a cover of vegetation on the ground slows down the movement of water across the surface and allows it to sink into soil, becoming available to the roots of plants or percolating down to the water table. Also, if vegetation can be retained, and allowed to break down and become part of the soil, the physical and chemical properties of the soil are improved. This in turn makes the soil less susceptible to erosion and more conductive to plant growth. Natural hazards (earthquake, flood and erosion) are the major problems of these areas. Different   soil conservation techniques should be applied in the areas by different projects of soil conservation. The main purpose of application of these different techniques is to check, that which one is the most suitable in the sense of their applicability and results (controlling soil erosion).

A permanent vegetative cover is the best protection for soil. The moment vegetation is destroy the condition becomes favorable for soil erosion. A study at Mansehra watershed has indicated that bare ground allows four times more soil erosion compared to permanent plant covered ground. In this method we try to plant such species, which are capable of holding soil strongly and can survive in very adverse soil condition. Bare soil is exposed to incessant direct impact of rain resulting in accelerated runoff initiating sheet, rill and gully erosion.  If there is no vegetation to retard the-flow of water carrying large quantities of sediment in its wake. The consequences are flash floods, deteriorated water quality, increased sediment load, silting up of costly storage dams and reservoirs, and damage to livestock, human populations, crops and habitation.

With pure biological techniques afforestation with Pinus roxburghii, Alanthus altisima, Robinia pseudoacacia with other fast growing species has been carried out in the areas. At Mansehra and its surroundings runoff and sediment delivery was lower with biological practices. With the biological techniques it is possible to control the erosion along the bank of the rivers.  Both the dead or live material of the vegetation having great impact on soil. Through biological it is possible to reduce the causes of soil detachment, sedimentation, land degradation and improving the quality of water and increasing the age of our reservoirs. Roots of the plants bind the soil particles and helpful in water percolation. So the runoff is reduced which is the major cause of soil detachment. Forest trees usually take a long time to mature. Local poor people are impatient and want early returns. The experience in areas has shown that planting of fruit trees in catchment areas is preferred to forest trees. Since the purpose is to provide a cover and to improve the economic conditions of local people, there is no harm if fruit trees which can grow in those particular localities are provided free of cost or at subsidized rates.

As a result of the soil and water conservation measures taken we can say that the pure biological techniques play a vital role in watershed by controlling the erosion and provide protection to soil from erosion. It is also good tool for increasing the health of watershed areas, catchments areas, reservoir and the people belonging to these areas.

View all posts by ayaz shah →