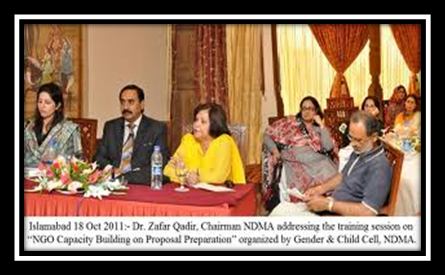 The summer of 2010 interweaved Pakistan’s worst flooding in 80 years .The estimated affected people, who need food, shelter and clothing to face a unsympathetic Pakistani winter, is 20 million.

Flooding began on July 22, 2010, in the province of Baluchistan the swollen waters then poured across the Khyber-Pakhtunkhwa Province in the northwest before flowing south into Punjab and Sind. Approximation of the deaths of the flood assortment from 1,300 to 1,600.International relief officials and Pakistani’s stakeholder twisted to save people and property ,they despair that the nation’s worst natural disaster had destroyed just about every physical strand that join the country together roads, bridges, schools, health, clinics, electricity, and communication .

The role of stakeholders of 2010 floods in Pakistan is to help the victims, develop coordination among the stakeholders. Following is the list of the stakeholder of 2010 flood in KPK are Armed forces ,Media, Muslim Aid ,Hasher Foundation, SUNGI foundation ,Save the children (SC),World Health Organization (WHO) and National disaster management authority (NDMA).`

All stakeholder recognized the 2010 flood as exceptional but similar in magnitude to the past floods .They indicated that the lack of adequate preparedness procedures, especially in terms of recent experiences made the country much more vulnerable.

Stakeholder also realized the necessity for an integrated approach to the management of dams and reservoir in the Indus basin as a possibly effective means to alleviate negative impacts of flood .With respect to the urgent needs to be prepared for the 2011 flood season. Many stakeholders expressed their support for urgent improvement of key flood forecasting infrastructure at the Federal level, Provincial level and selected local levels. They recommended extra efforts be made to introduce flash flood forecasting and warning. Several stakeholders called for assistance and support to restore various flood forecasting infrastructure facilities, many of which are required for future.