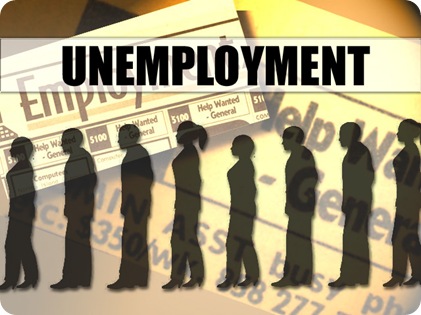 Major problem of unemployment in Pakistan is that whenever a new technology comes then all the people starts studying about that with out knowing about the fact that they really have the ability to learn about this new technology and would they get enough money in practical field. Then at the end, you will see 10,000 students of a particular field against 5 or 10 job vacancies. Unemployment is enforced redundancy of pay, earner who is able and willing to work but cannot find jobs.

In our society where most people earn their living only by working for others being unable to find a job is a serious problem. Our population pressure lower the economic growth and resulting in poor and slow growth of country economy. Rapid growth in the population is the main factor which is worsening the situation, but Pakistan is one of the most populated countries of the world with annual growth rate being nearly 3 percent. It means that about 1 million workers are added yearly to the existing labour force which calls for creating job opportunities. Increase in population contributed much in rising unemployment rate in Pakistan and if the population growth keeps on increasing with the same ratio then it will create more problems. Employment in the private sector absolutely stopped, they shifted their capital the other countries because of nationalization of industrial units badly effected the investment in industrial sector.

The growth rate of population is the major cause of unemployment in Pakistan; the possessions of the country are limited because population has exceeded the optimum level. Karachi is the biggest industrial base of Pakistan, but investors are reluctant to invest their because unrest and violence. Our educational system is also responsible for increasing unemployment rate among the educated youth. The attitude of your youth towards the choice of a career is unrealistic and unproductive. Lack of communications and facilities in the field of energy, telecommunication and transportation also prevent the industrialist from setting up new industries. Lack of enough industries to employ over increasing number of graduate in Pakistan.

Other reason that in Pakistan, things are not handled in appropriate manner. Vacancies are less, but job seekers are more than that. Opportunities are not enough, and system of referencing is so much indulges in our society that if a company needs some employees than workers of that country will provide some resume to them of their relatives and friends so in this way many people don’t get the opportunity to apply for these jobs. I know system of reference is every where in the world, but not to that extend as in our society. Do we still really living in this kind of society where any graduate need reference for getting job?

Major causes Of Unemployment in Pakistan:

The first cause of unemployment or joblessness in Pakistan is worsening law and order situation. Owing to this negative social phenomenon, foreign direct investment is sliding down to the bottom. Also investors are loosing confidence in the political and economic system of the country therefore they are reluctant to invest in any new business venture.

Agriculture is account for the maximum job provision in the country. Agriculture sector is facing severe challenges of water shortage, climatic changes and technological backwardness in recent years. These factors have hit the per acre yield negatively which caused loosing of jobs of several people. In 2009-10, agriculture showed a growth of only 2% against the target of 3.8% while nearly 62% of Pakistan population is living in rural areas, and is directly or indirectly linked with agriculture for their livelihood.

Thirdly, Industry is also a heaven for educated as well as semi-educated labour force in the country. Pakistan industry is short listing its labour because of gradual decrease in demand as well as acute energy shortage. Energy shortfall crosses 5500 MW at time causing severe damage to production capacity.
Finally, we can hold the government responsible for its poor performance in financial sector. Poor governance has marred the performance of our economic sector by every side and government has taken only cosmetic measures to redress the problem

1) Govt. should make efforts to push economic growth process.For this purpose Economic Revival Package should announce for the revival of industries sector, to stimulate production and investment.

2) Govt. should seriously try to boost exports through increase the tax base and lowering tariffs.

3) Govt. should announce a package for the development of agriculture sector.

4) Beside this a number of fiscal and monetary measures should take to attract industrialists and particularly foreign investment.

5) More Technical and Vocational training facilities should be provided. In this way unemployed people will get the chance to enhance their skills and become able to earn reasonable income.

6) With a view to reduce educate unemployment; self-employment scheme should be encouraged in true manners.

This Article is Written By “Arfa Tahir” Guest Author At Envirocivil.com

One Comment on “Unemployment:In View Of Pakistan’s Current Situation”