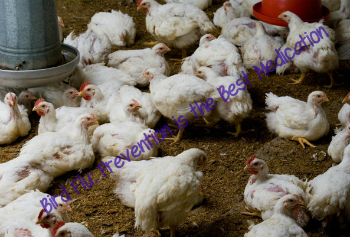 Bird Flu is one of the concerns health officials are dealing with right now. They are preparing for the worst case scenario that it might break out like the Spanish Flu of 1918-19. This is because the Spanish Flu killed 40 million of the 500 million that got infected.

Although the bird flu has greatly affected flocks of birds, the effect it might have to humans is a particular concern as well. This is because the current effect it has on birds is that it kills almost the whole flock within a day when the symptoms show up. Then it can also transfer immediately to other birds, making the infection rate quite fast.

Scientists are so afraid that the virus might mutate with the flu virus of a human being. When that happens, the effects mentioned to birds above might also happen to humans. Imagine lots of people dying within a single day?

There have been a handful of human victims that have already been affected by the virus and some have died. People who have been mostly affected were children and those that were handling domesticated birds.

The greatest reason why a person could acquire bird flu is through the droppings, saliva or contaminated surfaces by their feathers. That has been the case with those humans that have been infected. Unless the virus mutates where it can transfer directly to humans, the contaminated bird’s feathers, droppings or saliva are the most concern.

You May Also Like : Healing Ways to Cleanse Your Liver and Blood

The symptoms of the H5N1 strain of bird flu virus are quite similar with ordinary flu only. If you are a person who generally handles chicken or other domesticated birds, or a have been to a wet market were there are abundant chickens. Then you develop flu like symptoms. Immediately go for a check-up.

Your ordinary flu might be the H5N1 strain of Bird Flu virus. The symptoms of flu include fevers, body aches, and colds and cough. When you meet your doctor, tell him or her where exactly you have been. It might help him to know further if you may contact the flu from the birds.

The doctors will then do rapid test on you to determine if it’s the flu virus. However these tests can not generally distinguish what kind of flu virus it is. The specimen you have given will have to be given to the Center for Disease Control Prevention or state health labs to figure out what it truly is.

The most important thing to remember is that prevention is really the best medication. When you know your work requires a whole lot of handling of birds, be hygienic. Also protect yourself by wearing gloves or masks.