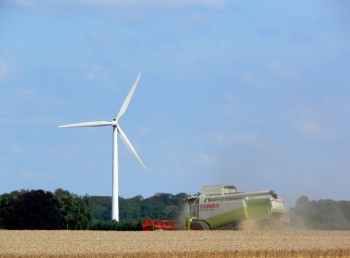 Deforestation is the main cause for the detrimental effect in the climate in Pakistan but the government is not taking action to diminish these types of acts now even the people are not preventing themselves to cut down the trees in the most prominent place of Islamabad which is under the control of CDA (Capital Development Authority) Faisal Masjid. There I found that the people are cutting down the trees openly in front of the people and no one is there to stop them even though it is crime to cut down the trees because 25% of a country should be under forest but Pakistan has 4% instead of reforestation the people are deforesting. This should be the responsibility of the government to act upon the deforestation but they are not doing it rightly. I come to know through the newspapers that the most corruption has been done in the forest department. A very much mismanagement is been found in the governments of the Pakistan, think if our government cannot protect our 4% of the country’s forest then how they will increase our forest as we all are aware of this fact that forests are preventing us from the storms, flooding and provide oxygen and absorbs the toxic CO2 from the atmosphere, CO2 is the cause of the Acid rain and if it happens it can wreak an havoc in the country.

Behind the beauty of Faisal Masjid there is a lot of effort from the CDA and they are the ones who have kept the environment of Faisal masjid neat and clean, but I was shocked that the people are cutting down the trees in the vicinity of Kuwait hostel without any restriction and they are earning through the trees even though they have got the facility of Natural gas, I ask one of them that what you will do with this he replied that he uses it for burning purposes then I also told him that what about the Gas in the home he said it is very expensive that is why he uses this woods for the burning purposes. Alas! If it happens in the most prominent place in Islamabad then how could you prevent the people of Gilgit-Baltistan, swat, deer etc as they don’t have the facility of Gas? As the forests are the only earning purposes in the Gilgit, swat deer etc.

This is very much worried that the people are not feeling difficulty to cut down the trees in the Islamabad then how the others who belong to remote areas will feel difficulty. Our government should have to clean the forest department from the corrupt officers and allow the sincere officers who have studied environmental science so that we could save our forests. If we succeeded to save our present forests then we can go further for the reforestation in the country.

This Article is Written by “Ikram Ul Haq” Senior Author At Envirocivil.com

One Comment on “Deforestation: A major cause for climate change”