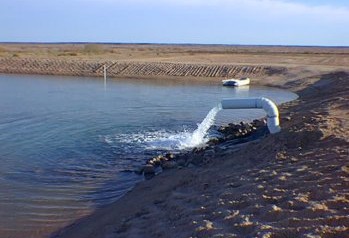 Thatta District is located in the province of Sindh, Pakistan. Thatta, once called the EI Dorado of the east, is a small city in the east of Karachi, some 98 km (60 Miles) away from Karachi on two-lane National Highway (N-5) that connects Karachi, Thatta and Hyderabad and goes up to Peshawar. However, it is close to the contested disputed boundary of the Kori Creek. According to the 1998 census of Pakistan, it had a population of 1113194 of which 11.21% were urban.

The district is administratively subdivided into 9 tehsils – these are:
• Ghora Bari, Jati,Mirpur Bathoro, Mirpur Sakro Shah, Bandar, Sujawal, Thatta, Kharo Chan, Keti Bander.
• Low level floodwater enters in the city and other more then 50 villages were flooded when water coming from Badin Saline entered two Thatta’s Tehsils, source Reported. Floodwater has distorted its track towards Thatta district and has violated saline nullahs of two tehsil Jati and Mirpur Bathoro at eight different areas. The Crops of cotton, rice and others standing…

A state of alarm and fear prevailed among the MPAs in Sindh Assembly on Monday on the apprehension that Thatta and Badin districts would be swallowed by sea in near future due to the effects of climate change. As provincial minister Syed Sardar Ahmed stressed for conducting a comprehensive survey to assess the extent of damages caused by sea intrusion, some MPAs from Thatta observed that several studies had already been conducted and called for implementing the recommendations, particularly those pertaining to the provision of freshwater in downstream Kotri. Heer Soho (reporter) put up a question as to whether Thatta and Badin districts would be swallowed by sea in the next 20 years as per the assessment of international environmental experts, to which Sindh Minister for Environment Shaikh Muhammad Afzal, in his written reply, said that according to available international and national climate change experts’ reports, the geographical location of Badin and Thatta does make the districts vulnerable to climate change effects, particularly sea intrusion. He recalled that 2.2 million acres land in the said districts had been swallowed by sea as per a study conducted around 15 years ago.

CAUSE OF SEA INTRUSION IN THATTA:

Sea intrusion was the result of lack of freshwater in downstream Kotri, this was one of the reasons. There had been mangroves to prevent sea intrusion but the same had disappeared. The Federal Flood Commission (FFC) had also conducted a study of sea intrusion spread over 150 kilometers of both the districts (Thatta and Badin). Whereas 80 acres land was being daily swallowed by sea . Rise in sea level caused flooding in the coastal areas of Thatta while intermittent rains continue in Badin. The Met Office has indicated seawater flooding in the coastal areas of Sindh. This has sent a wave of panic among the residents of Thatta, Ketty Bunder, Jaati, Shah Buner, Kharochan, Hajamro besides villages located at the coastal belt of Sindh. The surge in sea level led to its spilling into in the coastal areas including Siddique Ronjho, Tappan, Siddique Dabdo and other villages Sporadic rains continue in the coastal areas of Badin. Fishermen have suspended their activities in Zero Point, Shekhani Gari and other areas along with the coastal line.

HURDLES AND SOME EFFORTS OF SINDH MINISTRY:

The basis of a focused study was not available, which has already been proposed with the promised assistance of World Bank (WB). But a scheme “assessment of the environmental issues” in Sindh for viable future planning and remedial measures”, costing Rs 28 million, has been proposed that could be initiated subject to the provision of funds from the W.B. Environment minister, provincial minister Syed Sardar Ahmed said that a comprehensive planning was needed to prevent sea intrusion. Sardar Ahmed said that after the passage of 18th Amendment, environment has become provincial subject and SEPA (Sindh Environment Protection Agency) has been working to introduce new law to this effect in the assembly.
Anwar Mahar (reporter) asked as to what efforts were being made to reverse the course as the situation was alarming, Syed Sardar Ahmed said its solution required help from technical experts. He said that when Holland faced the issue of sea intrusion, they developed dykes as a way to control it. Why we can’t do.
Sindh government had written a letter to the federal government for conducting a comprehensive study in this regard but since the environment has now become a provincial subject, the Sindh government has to initiate the same.
The provincial minister said that the Sindh government had written the letter twice but the FFC responded that sea intrusion did not come under its jurisdiction as it was mainly tasked to deal with floods. He said that there was also a proposal to plant mangroves and provide 10 MAF freshwater to downstream Kotri.
Sardar Ahmed said that “different agencies have conducted surveys at different times but no survey was conducted to identity specific causes and suggest specific remedies. Sardar Ahmed said that 70 to 80 per cent land belongs to the government. He said that the government tended to compensate the victims in the past but this practice had been abandoned since 1996.
Experts believe the Sindh’s two districts-Thatta and Badin-are vulnerable to the effects of climate change and an inevitable sea intrusion to erode these key coastal districts for their geographical locations.Sindh Environment Minister Shaikh Muhammad Afzal,said that direct consequence of global warming is rising sea level which certainly leads to erosion of coastal areas and sea intrusion,” showing concerns that the situation in deltaic areas is more worrying if there is no flow of water from the river.

In the role of consultant, IUCN Pakistan will be working very closely with National Rural Support Programme (NRSP) and Sindh Forest and Fisheries departments, for Project implementation. IUCNP is tasked with the planning and implementation of community planting and management of mangroves, and environmental assessment of aquaculture in the coastal areas of Thatta and Badin districts.

This Article is Written by “Baseerat taseer” Guest Author and Member of Klimatech Environmental Club At Envirocivil.com