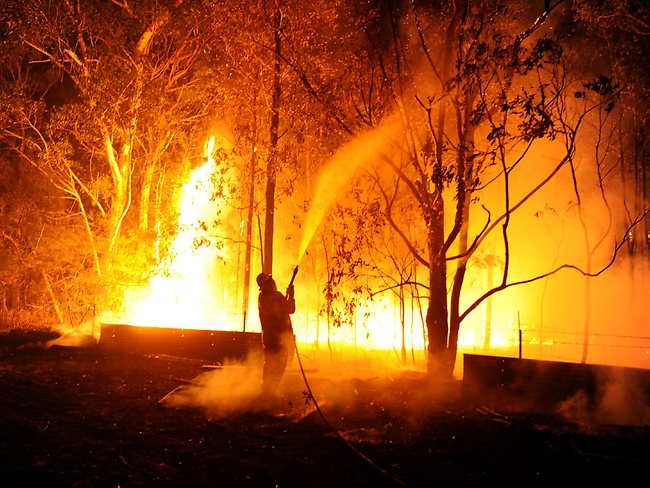 One recent opinion piece published in The Age presents the results of historic research carried out by Grace Moore, from the University of Melbourne. Dr. Moore’s research is focused on Australia’s long-standing history with bush fires. Nowadays, these natural calamities are understood as an effect of the climate change phenomenon. Back in the 19th century, say Dr. Moore’s findings, they were being regarded rather differently. In the narratives of such fires written during the rule of Queen Victoria, the most common depiction of such occurrences centered around the devastation they caused. They would alter the landscape, destroy homes, and wreak havoc throughout entire communities – or, at least that’s how the population perceived them. The British colonists had to experience such wild fires as a sort of rite of passage, ‘welcoming’ them to the new land.

Later on, in the time of the two World Wars, they were used as pretexts to rally the troops and enlist them in the country’s WWI efforts. A famous poster in that era likens the German threat to the impending disaster of a bush fire and urges the population to take arms against the enemy. The same kind of discourse was reprised by John Howard in 2003, when the Prime Minister spoke about them as being a ‘terror’, in an effort to summon the collective conscience to act against them. Furthermore, bush fires are also prominently featured in the debate regarding Australia’s climate change policy. As the phenomenon of global warming expands, the fires are regarded as a collateral effect, together with the desertification of some of Australia’s territory.

Science comes to the rescue

But the conversation about doing something to save the planet, preserve its resources and make it better for the coming generations is not all marred by fatalism. Recently, Australian-born Hollywood star Hugh Jackman published an impassioned piece regarding the benefits of technology. The actor recounted his experience as a coffee investor and spoke about his first trip to Ethiopia. His coffee production is entirely fair trade, which means that the experience enabled him to witness first-hand the effects that wisely implemented new technologies can do a lot to restore an area’s prosperity and do improve its trade relationships. Jackman’s article is actually a plea to rescuing trees in Ethiopia – during his trip to Africa he learned that deforestation is a serious issue, which affects numerous aspects of life, including the coffee industry. In a country in which 84 per cent of wood is used for energy, an alternative was needed, and that alternative came in the shape of manure. In order to make sure he was at the heart of the issue, Jackman started his own coffee company. His lesson in ecology: “It made me reassess everything that I was doing, why I was doing it, and what was really important. It doesn’t matter where we come from. I’m from Australia, and I live in New York. (…) We’re really not that different.”

Small measures for a greener lifestyle

Jackman’s attitude is beginning to be replicated in Australia, even at household level. Homeowners are opting for an environmentally conscious, sustainable lifestyle more and more. They are also preoccupied with finding sounder alternatives in all aspects of their daily lives. Some are choosing solar panels, other opt for durable wall mounted clotheslines, while others still shop only locally, to sustain farmers and the local economy. Australia might have a long way ahead, before it reaches its environmental goals, but one thing is for sure: its resilient past is informing a mindful attitude toward the environment in the present. And that is definitely something the rest of the world can start paying attention to.