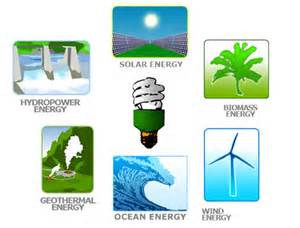 As the issues of global warming and the importance of protecting the environment continue to make global headlines, it’s no surprise that many of us are exploring the possibilities of integrating renewable energy sources into our homes. With plenty of large-scale projects currently underway to try and harness the potential of renewable energy, it might help to know which alternative energy sources are most likely to succeed in the future. Here are four renewable energy methods that have already been introduced.

The sun is capable of providing us with all the energy we need, so it all came down to how we would capture and harness its power. Thanks to solar panels and photovoltaic collectors, we are now capable of doing just that. The light from the sun is instantly transformed into electricity thanks to the solar cells found in these panels, making it a clean alternative to other sources of energy.

However, we need to consider the cost of these methods, as panels are still quite expensive. You also need to remember that the amount of electricity produced comes down to the amount of sun light that gets absorbed, so further technologies that concentrate on storing light energy would need to be explored.

One of the fastest growing sources of energy is wind power as it is both effective and cost-friendly. The process involves constructing wind turbines that generate electricity through wind power. It doesn’t require fuel sources to operate, making it an environmentally friendly alternative to other forms of energy.

There are plenty of issues that have appeared over the years since they were first introduced, including their effect on the surrounding landscape. There have also been concerns raised by those local to areas where wind farms have been installed regarding their unattractive appearance, whilst they have also been criticised as being potential threats to the natural habitat in the long term.

Tidal power is something that’s been used since the medieval times and it could be an excellent alternative to some the other damaging energy sources that we’ve been using in more recent years. It isn’t one of the preferred methods of renewable energy, though it certainly has the potential to become one of the cheapest and most effective methods through further technological investment. Due to the fact that the tidal system is far more predictable than the presence of the sunlight, it would make sense to make tidal power a method of renewable energy that could last much longer and remain far more reliable.

On the other hand, the fact that it isn’t widely used would suggest that it might not be the most productive of renewable energy alternatives at this point in time, putting some of the other methods before it such as wind and solar power.

Nuclear power is a highly controversial form of renewable energy that could be the answer to the long term issues we are currently facing with regards to the environment. It is a sustainable energy source that drastically improves energy security and significantly reduces the need for carbon-based fuels. By introducing new forms of technology to the way in which we use nuclear power, it could become a major player in the battle against greenhouse gases and global warming. Nuclear power is also claimed to improve air quality in countries where it is widely used.

However, it has become a controversial form of energy after the threats posed by radioactive waste were revealed. Radioactive contamination could cause devastation to local communities; whilst historical evidence has shown that it can have disastrous effects on entire cities in the event of a nuclear explosion.

Mike James is a healthy living advocate and is interested in spreading the message to get others experiencing the benefits of greener living. He also writes about green issues for ISO Energy, sustainable energy systems.