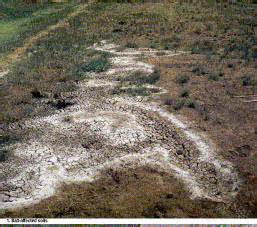 Balochistan is the largest province of Pakistan, with 34.5 million ha (45% of the total area of country), It is located in the western part of Pakistan, sharing borders with Iran to the west and Afghanistan to the north. Balochistan has a total area of 34 million hectare, of which only 4% (1.47 mha) is under cultivation, while 60% of the cultivated area is rain fed. Approximately, 93 % of this area is characterized as rangelands.

Also Read : Environmental degradation in Chitral and some Mitigations

Two factors have caused rangeland degradation: excessive population growth and external social and economic forces. Livestock rearing is the main activity of the inhabitants of Balochistan. Sheep and goats are the main livestock of the province. About 87% of the people in Balochistan, directly or indirectly, derive their livelihood from livestock rearing. About 20 million sheep and goats population have been reported in Balochistan. Rangelands are the major feed-source of these animals and approximately 90% of the total feedrequirements of sheep and goats are met from rangelands. Overgrazing, drought, erosion, and human-induced stresses have caused severe degradation of rangelands in Balochistan. The degradation of rangelands includes changes in composition of desirable plant-species, a decrease in rangeland diversity and productivity, reduction of perennial plant-cover, and soil erosion. The fragile ranges of Balochistan are exposed to heavy grazing pressure, aridity, and human disturbances. Rangeland productivity in Balochistan is substantially affected due to non-existence of grazing management practices, low and erratic rainfall distribution, and over exploitation of natural resources. Most of the rangelands in Balochistan lie within the arid and semi-arid climatic zones. These ranges are degrading very rapidly in terms of biomass production and desirable range species.

Most of the rangelands belong either to tribes or open grazing rangelands. open range areas, no clear land ownership, weak community participation, recurrence of drought, and lack of integrated range management approaches. Arid and semiarid areas are of Balochistan falling within the rainfall zones of 50-200 mm and 250-400 mm, respectively. Rainfall patterns are unpredictable with great variations. Sheep and goats are the main livestock of the province. grazing management plans, removal of vegetation for fuel wood and no clear authority of rangeland ownership. The major indicators of rangelands degradation are shift in species composition, loss of range biodiversity, reduction in biomass production, less plant cover, low small ruminant productivity, and soil erosion. The degradation of rangeland in Balochistan is site specific and depends on the existing vegetation, grazing pressure, grazing accessibility, human population, availability of stock water, and tribal conflict. Range management problems in Balochistan are diverse and complex. Approximately 4% rangelands are under the Forest Department and the rest belongs to different groups. As a result of open grazing system the ranges are degrading very rapidly. The rangelands of Balochistan need an urgent and well-planned program in management and utilization to halt the degradation process leading towards desertification. Range management should also be based on knowledge of Pastoral communities, traditions, and local arrangements. Communities should be involved in range management planning and implementation processes.

View all posts by Saniya Tahir →