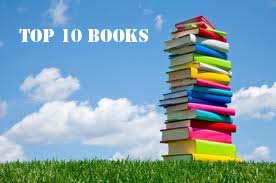 Do you love being surrounded by books all the time? Do you consider literature to be one of your biggest companions? Have you ever been guided by or rather introduced to life by a book? If for you, any or all of the above mentioned experiences are real, then read on. Yes, simply read on.

When you are asked to zero in on the top ten books of all time favorite, the task is anything but easy. After all, ever since human race learnt to read and write, pages have been filled, stories created and books made. The history of books, therefore, goes back to the early stages of human civilization. And here you have to select ten books that are supposed to have stood the test of time and emerged as the best out of the lot. Well, the very definition of the word best would vary from one person to another, yet in this article we have tried to put together a collection of books that have generally been loved, adored and of course read by book worms across the length and breadth of the planet back through time. So here it is, ladies and gentlemen, our list of top ten books of all time to read. Put on your reading glasses and join us as on this scintillating journey.

Topping the list is Middlemarch- the literary masterpiece by George Elliot.  Considered by many to be one of the most significant novels to have emerged out of the Victorian era, the novel was published for the first time in the year 1872. Although some sources often put the year of publication to be 1871. Set in Victorian England, the novel tells the story of a small fictional provincial town called Middlemarch.

For die hard bookworms the name Anton Chekhov needs no introduction really. Born in Southern Russia, in the province of Taganrog, this Russian genius almost pioneered the use of the stream of consciousness technique-something that would be used later on by modernists like Virginia Woolf. Chekhov’s originality, in addition to stream of consciousness, also consists of disavowal of the essential moral finality of any orthodox story structure.

3. In Search of Lost Time-Marcel Proust

Proust’s works although marked by a great artistic merit are nonetheless often criticized for being slow and boring. In search of lost time, we must say, is not an exception either. One of Proust’s most famous works, the book is known famously for the extended length.

Fitzgerald will continue to be known as literary world’s most gifted gems. The great Gatsby is one the genius’s best works till date. A brilliantly written tale from the Jazz age of Gatsby, it explores the life of a rich man whose life is shrouded in mysteries. A great read-that is all we can say about this Fitzgerald masterpiece.

In a list that literally puts together names of top ten books of all time, it would be a crime to leave Shakespeare out. So William Shakespeare’s Hamlet is the fifth book in our list. A tragedy by Shakespeare, the book, in all probability was written around 1601.

6. The Adventures of Huckleberry Finn-Mark Twain

Of all you people reading this article at the moment, very few, in our opinion, had failed to escape the aura and charm of Mr. Finn during their childhood years. Often considered one of America’s greatest novels, the book continues to maintain an everlasting appeal.

From childhood to the dark mysteries of adulthood directly; in other words, from Huckleberry Finn our list jumps directly onto one of the most controversial literary works of our times, Vladimir Nobokov’s Lolita. The book is known internationally for its controversial subject and its innovative style both.

A brilliant reproduction of the Russian society during the Napoleonic era, the book was probably published for the first time around 1865.

Although Madam Bovary got the flak for its controversial subject and bold storyline, it shot to fame nonetheless, becoming one of the most read books of our times.

While stories surrounding Anna Karenina are now known to every single book lover out there, its creator, we must mention here, considered it to be his first true novel.