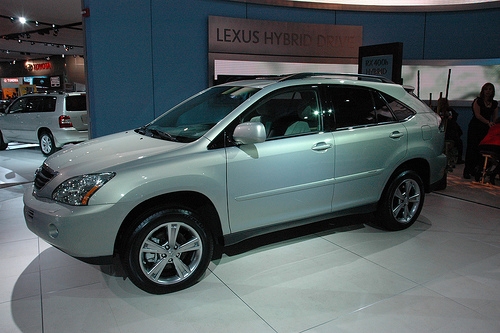 Today, one of the hot topics of world is global warming and climate change. As far as global warming and climate change is concerned, every developed country is trying to protect environment and control its green house gases. In Japan people are aware about environmental protection and educated, now working individually to protect and conserve beauty of its environment. Government of Japan has taken many steps for the protection, conservation and rehabilitation of environment. They are promoting recycling and reuse of material like public of Japan are using different types of bags in houses where they put recycle able waste material, non recycle material, metals and non metals waste material. Thus, they are trying to reduce to its environmental pollution. Beside this, government of Japan is promoting use of hybrid cars in their own country to reduce its emissions from vehicles by giving a huge subsidy to people. Car industries of Japan are also focusing on hybrid car to reduce emissions. These types of cars not only environmental friendly but use of petrol is about to zero or less. Hybrids cars use two different sources of powers. A Hybrid Electric Vehicle (HEV) is the most popular hybrid car that is produced by many car manufactures. This car uses two sources of power a conventional gas internal combustion engine and an electric motor. Electric motor gives power to the car. Hybrids cars are usually full hybrid or mild hybrid cars. Hybrid system or cars are manufactured by famous car industries of Japan like Toyota, Lexus and Ford. According to the American Department of Energy, a conventional gasoline car can covered distance of 25 to 30 miles per gallon.

We know that, global warming is caused by high emission of green house gases such as carbon dioxide. The second largest contributor of green house emissions are transportation. According to American Lung Association Vehicle pollutant is a frequent cause of lung cancer. Hybrid cars are not only good for environment but also for human health.  Hybrids cars reduce emission of carbon dioxide from vehicles that decline the rate of lung diseases and carbon dioxide emissions. Besides this hybrid car is an excellent fuel economy. According to the famous industry of cars Toyota, a hybrid can cover distance of 60 miles in only one gallon.

At the end just I would like to say we might not realize that we are responsible for the global warming as vehicle or emissions are reported as one of the major cause of global warming. Dancing around the fire is not only solution of any problem; we should adopt green cars, hybrids cars or green driving.